Upgraded Gear is supported by its readers. We may earn an affiliate commission at no cost to you when buying using a link on our site. 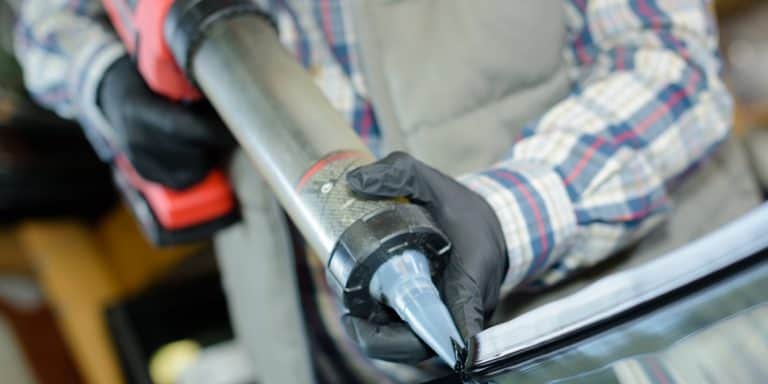 A cordless caulking gun is a great upgrade and solves many of the problems associated with manual caulk guns. You can say goodbye to fatigued hands after dispensing multiple tubes of caulk. You also don't need multiple guns because cordless models feature variable speed triggers, allowing you to work with both thick and thin caulk. These tools are great for all kinds of sealants and perfect for closing up cracks, gaps, and holes around your house.

To create this article, we spent hours researching product data and user reviews for different cordless caulking guns. After reviewing the data, we've compiled a list of our top picks.

Tip: If you need help, then we recommend skipping ahead to our buying guide which lists important things to consider when purchasing a cordless caulking gun.

More Details on Our Top Picks

A cordless caulking gun is one of the best purchases you can make because it solves many of the problems associated with manual caulking guns. It's great if you have baseboards, windows, or molding to caulk and don't want to tire out your hands. You can also get the job done faster because of the increased flow rate, less fatigue, and the fact you might only need one tool because of its variable speed trigger. It's also an upgrade from a pneumatic caulking gun because you don't need a bulky air compressor, and you don't have to deal with an air hose.

When buying a cordless tool, such as a caulking gun, the most important consideration is choosing one with the right battery ecosystem.

Let's say you buy a Dewalt caulking gun. In that case, you're forced to use Dewalt lithium-ion batteries and can't use a Ryobi or Milwaukee battery because it’s not interchangeable.

Is that really a big deal? Yes, because batteries don't last forever and cost a lot of money. A replacement starts at $79 and can easily reach up to $199! They also don't last forever, and the typical lifespan is 3-years or 1,000 cycles, whichever comes first.

So the first trick to saving hundreds of dollars is to pick a brand of battery-powered tools and stick with it. Buy the same brand for everything as much as possible. Usually, batteries within the same brand are interchangeable. This can really add up in savings because you need fewer batteries!

The second trick is to always look for deals and DO NOT buy batteries separate from a tool. Instead, buy a tool that comes with the battery you need. Sometimes you can find a deal where a new tool includes a first battery and a second one for free!

The next thing to think about when choosing a battery-powered caulking gun is battery capacity.

You have probably seen the terms volts and amp-hours used a lot on product packaging and descriptions. But what do these terms actually mean and how do they affect the battery capacity?

Voltage is similar to horsepower in a car's engine and it indicates strength. So typically an 18-volt caulking gun has more power than a 12-volt model (everything else being equal).

Amp-hours are a little different and indicates the available energy of the battery. For example, an 18-volt battery rated at 5 amp-hours is designed to deliver 5 amps of current at 18-volts for an hour before reaching zero.

Now here is where you have to do a little math. If you take the battery's volts and multiply it by the amp-hours, you get something called watt-hours. The watt-hours for a battery tell us its true energy capacity and how many tubes of caulk it can go through before needing a charge.

So if you want to go longer without charging, then buy a cordless caulking gun with the highest watt-hour battery available.

How many tubes of caulk can you go through before needing to charge or swap out the battery? As you've probably figured out from the last section, a lot of this depends on the battery's watt-hour capacity.

But, you're in for a nice surprise: a battery-operated caulk gun doesn't use a lot of energy! Even a 12-volt battery at 1.5 amp-hours (so 18 watt-hours) can usually dispense more than 100 tubes of caulk before needing a charge! Usually, a small battery like this wouldn't last long in a drill or cordless saw, but a cordless caulk gun can really last a long time!

If you were shopping for a manual (not cordless) caulking gun, then we'd recommend figuring out what type of caulk you plan on using ahead of time. If you needed to dispense high viscosity material (like silicone or latex), you'd need a low thrust-ratio caulk gun at around 12:1. But if you needed to dispense low viscosity material (like urethane), we'd recommend a high thrust-ratio caulk gun at around 26:1. So depending on the type of caulk, you might need multiple tools for the job.

The BIG benefit of a cordless caulking gun is that some models can handle both high and low viscosity caulk all in the same tool! The reason is most cordless caulk guns have speed dials that you can set to adjust the force or thrust used to push out the caulk.

A thicker caulk needs a higher amount of force to get it out of the tube, and 750 pounds is a good starting point. Unlike a manual caulking gun, don't worry about buying a cordless caulking gun with too high of a maximum force because it will feature a speed dial and variable speed trigger.

If the caulking gun offers 1,000 pounds of force, you don't have to use that much. Most come with a 5-speed dial, which lets you set the maximum force for a particular usage scenario. Just turn down the speed control dial, and you won't go over your set limit when you pull the trigger.

A big complaint with most caulking guns is that they make a mess after you've stopped pressing the trigger. The caulk continues to flow out of the tube and gets all over your hands, and the surface you were caulking.

The solution that fixes this problem is an auto-reverse feature (also called dripless technology). A gun with an anti-drip feature will automatically release pressure on the plunger the second you release the trigger. While it's not always perfect, it does reduce about 95% of any excess caulk that might have come out of the tube after you finish caulking an area.

If you've never caulked before, there are two things you need to do to prepare a tube before placing it into the cartridge slot.

The first thing you have to do is use a knife or a spout cutter to cut the tube's tip at a 45-degree angle. This opens the tube and helps dispense the caulk at the proper angle.

The second step before you can start caulking is to pierce the tube's inner foil. If your caulking gun doesn't include an integrated piercing rod, this can be a real pain. You might have to climb down off a ladder and forage around for a coat hanger or a rod that can fit into the hole you cut and reach the foil seal.

If you've made it this far, then you probably know that a cordless caulking gun is an investment. It's a durable tool that can last you many years of use and dispense hundreds of tubes of caulk without breaking a sweat.

So, given that you could be using this tool for years to come, you should probably ask yourself if you'll ever want to dispense bigger tubes of caulk. A larger tube can save you money because you're buying in bulk, and you'll also spend less time swapping out empty tubes.

Some manufacturers sell changeable canister trays (barrels) to easily swap out for a larger size. The typical size that comes with a caulking gun is 10-ounces, but upgrades may be available depending on the model you select.

Many people encounter the common problem of what to do when rounding a corner. Let's say you're caulking a window. You'd cut the tube at 45 degrees, align it with a side of the window, and pull the trigger to get a nice bead of caulk going in the gap. But as you round the corner and make that 90-degree turn, you have to contort your hands to maintain the tube's angle to the gap.

You can avoid this problem if you buy a caulking gun that features a rotatable cartridge holder. It lets you rotate the entire caulk tube independently of the trigger mechanism, a full 360 degrees! This helps you keep the engle of the tip perfectly aligned without twisting your body into a pretzel.

Usually, the weight of a caulking gun isn't a big deal for an average homeowner. But if caulking is a big part of your job, then buying a lightweight caulking gun is probably a smart idea.

As we mentioned earlier in this buying guide, a caulking gun is different from most other tools because a good bead of caulk requires a steady hand. It's hard to hold a gun steady on the 20th tube, especially if you've been holding it above your head for a while. The fatigue sets in, and that heavy-duty caulk gun start to really feel heavy.

So depending on your health and ability, you might want to choose a lightweight model. If you don't plan on using urethane or epoxy, you probably don't need a caulking gun capable of 950 lbs of force, which shaves off a few pounds—just something to think about.

In the chart below, we've listed each gun's weight and its corresponding maximum force so you can get a feel for what would best suit your needs. Also, keep in mind that weight will vary depending on the installed battery. A 5 amp-hour lithium battery obviously weighs more than a 1.5 amp-hour battery, everything else being equal.

The brand of anything, including a cordless caulking gun, is important. But unless you're buying some no-name model, most manufacturers make good quality caulk guns. We don't have a "best" brand that we recommend, but we can list some well-known brands with many satisfied customers.

In addition to our guide on buying a cordless caulk gun, we also want to answer some of the commonly asked questions about these types of tools. If you have a question that we haven't answered, please drop us a line, and we can get it answered and add it to this article.

What Kind of Caulking Gun Do You Need?

There are several different types of caulking guns on the market, and each has its pros and cons, depending on the type of application.

Matt is an engineer and outdoor enthusiast. He believes that one of the greatest pleasures in life is being outside and working hard. In his spare time, he enjoys working on new projects and home improvement.
ABOUTCONTACT
We are a participant in the Amazon Services LLC Associates Program, an affiliate advertising program designed to provide a means for sites to earn advertising fees by advertising and linking to Amazon.com. As an Amazon Associate I earn from qualifying purchases. We also participate in other affiliate programs.

The information provided on this website is provided for information purposes only. We make no representations or warranties of any kind, expressed or implied, about the completeness, accuracy, adequacy, legality, usefulness, reliability, suitability, or availability of the information, or about anything else. Any reliance you place on the information is therefore strictly at your own risk. Read more in our terms of use.

UpgradedGear is owned and operated by